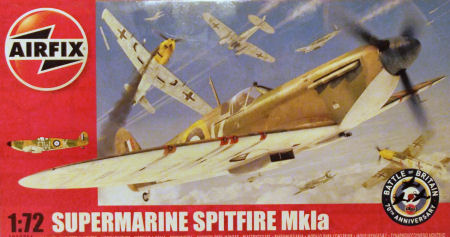 Another out of the box building.

Some researches I did has shown that DW code was used by No. 610 Sq, County of Chester.
No. 610 Squadron was formed at Hooton Park in Cheshire, in February 1936, as a bomber unit. In January l939 it re-mustered as a fighter squadron and in October 1939, moved to R.A.F. Station, Wittering, Northants. Spring of the following year brought a move for the Squadron to Scotland, but its sojourn here was brief. A month later the Germans invaded the Low Countries and the Squadron rushed to the South for air operations covering the evacuation from Dunkirk. The squadron was dismantled in 1957.

Tactics had clearly changed, as evidenced by the famous air-air photograph featuring L1043 DW-O and P9495 DW-K. Often this is cited as a ‘Battle of Britain’ image but it was in fact taken in June. While the three aircraft in the foreground of the picture are in a traditional ‘vic’ it should be noted that the rest of the squadron is in a loose staggered formation with sections of three aircraft in line astern.

These other photos show DW-K during BoB time: 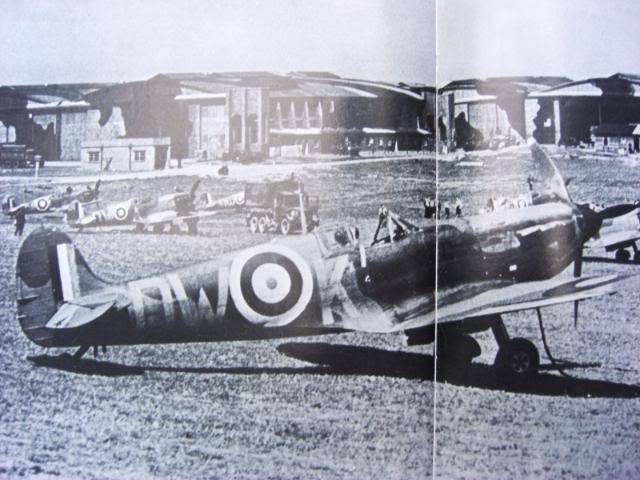 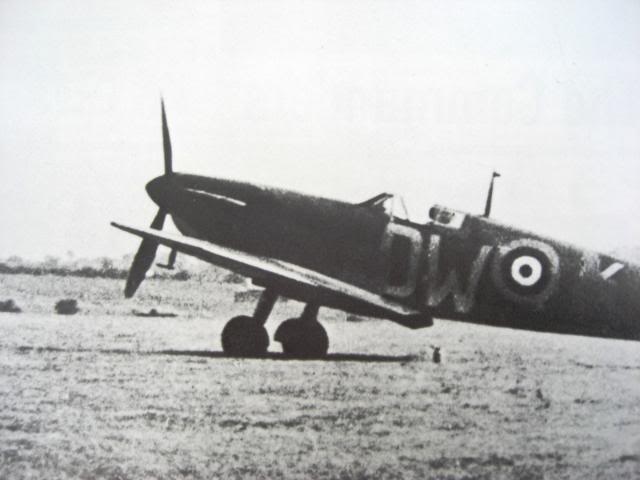 Note that there is not registration number on the fuselage (at least is not appearing).

Then there is this profile:

Showing the X4067, that was probably a replacement for P9495 that was lost in 12/08/40, the caption date says 24/8/40 which is the day this airframe was lost according to this information here: 24/8/40 (Biggin Hill): An epic engagement against 109s in the morning sees heavy damage inflicted on 610. Sgt A.J. Arnfield broke an ankle after baling out, airframe DW-S (R6686) crashed in flames. Pilot Officer DE.S. Aldous was unhurt when DW-X (R6641) sustained repairable combat damage. Pilot Officer D. McI. Gray is wounded, airframe DW-K (X4067) a write-off after crash-landing. Pilot Officer C. Merrick wounded, airframe DW-D write-off after crash-landing. However, Sgt Hamlyn of 610 Squadron records 5 confirmed victories in this action – the first RAF pilot ever to do so! In the afternoon a second scramble for the surviving aircraft sees 610 join 151 and 501 Squadrons attack an incoming raid of Ju88s with 109 escort – raid broken up without loss. The profile then is the replacement for the X4067, making it the last MKI with DW-K code.

My questions:
- Does P9495 registration appears on the fuselage? By the photos I would say no!
- Does this aircraft have the yellow losange on the upper left wing? (the gas indication?) I could not find a photo to corroborate this and Airfix has not included it on the decal sheet.

Here is what I did so far:

Hi all
Here are some photos showing the progress so far.

I'll also try something different for the sea tbelts, because the canopy will be left in the closed position I'll just decals fo seat belts, these came from a Tamiya kit, I just glued them in an aluminium foil using a pre-coat of Future, them another coat on top to seal everything.
Tomorrow I'll cut and glue.

Hi all
Some progres:

Here how the seatbelts turned out

I liked the volume.

Fuselage is closed and ready for sanding.

Canopy dipped into Future and set aside to dry. Very nice fit, only a small sand on the back and it's done!

Here I found a mistake, there were missing those lines indicated in the photo.

Here some photos to check the progress. This time I'm half the way with decalling.

How you can se, I'm pretty happy with the big decals, no silvering and they have conformed very well into the fuselage and panel lines.
I used Future as decal solvent, it is easier to use, just place the decals in and after removing the water/humidity excess brush some future on top and on the sides, let it dry and that's it!

The following photos are to show the small stencils. They are a lot and they are small, but very well printed, you are able to read them all.

Now, my biggest mistake, have a look on the lines on the upper wing, I should have put them prior to the roundels, I think the idea is to have the roundels located in between them (there is a gap in the lines). However, if you put the roundels following the gap they will be located too much inside the wing, which is wrong.

That's it for while 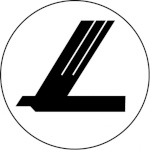